After the last post, I want to back away from tech for a bit, so I'm writing about color palettes today.

I used Colormind to derive palettes from images that resonated with me. 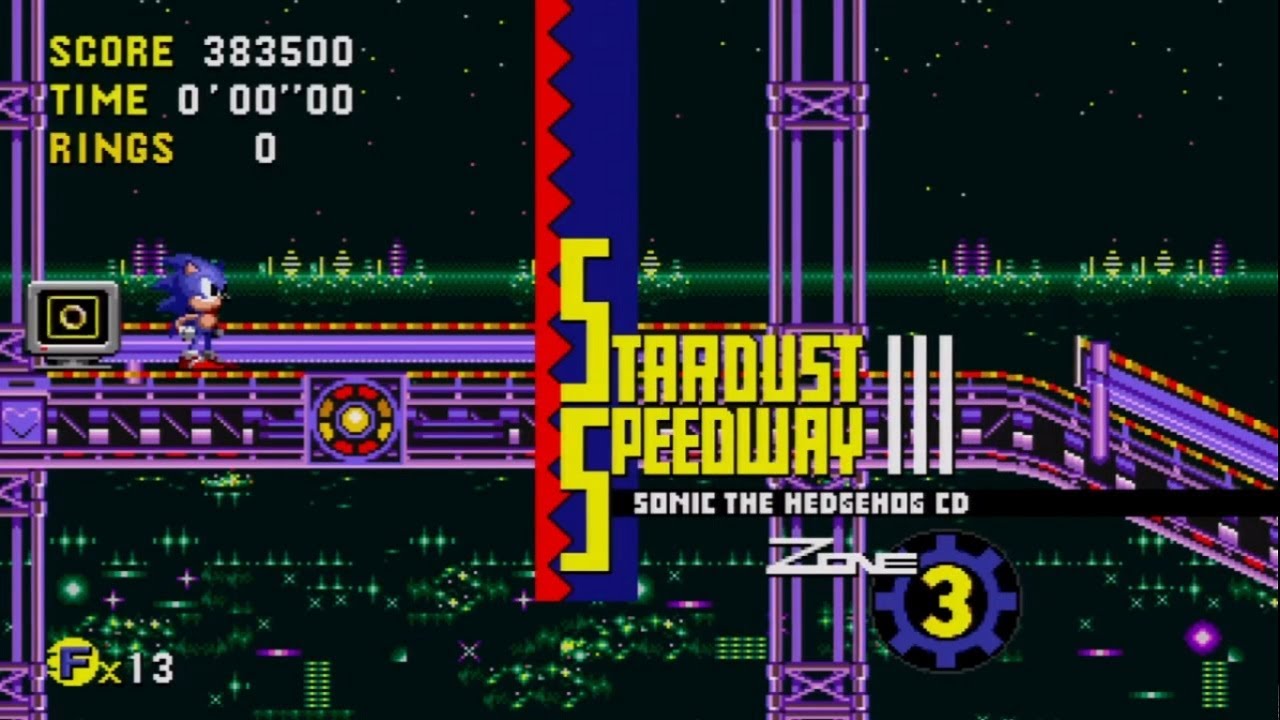 I'm kicking things off with a bunch of 16-bit Sonic screenshots. It's probably no surprise that I love the art direction of this series; it's one of the first things I remember identifying as "futuristic" in the early nineties.

This shot, in particular, is from Sonic CD, a game on a console I only managed to rent once. The color palette is doing a TON of work here: it feels frenetic and cosmopolitan. Depictions like this really formed my perception of what a modern metropolis should look like!

(It bears mentioning: I love a dark palette with pops of purple and green.) 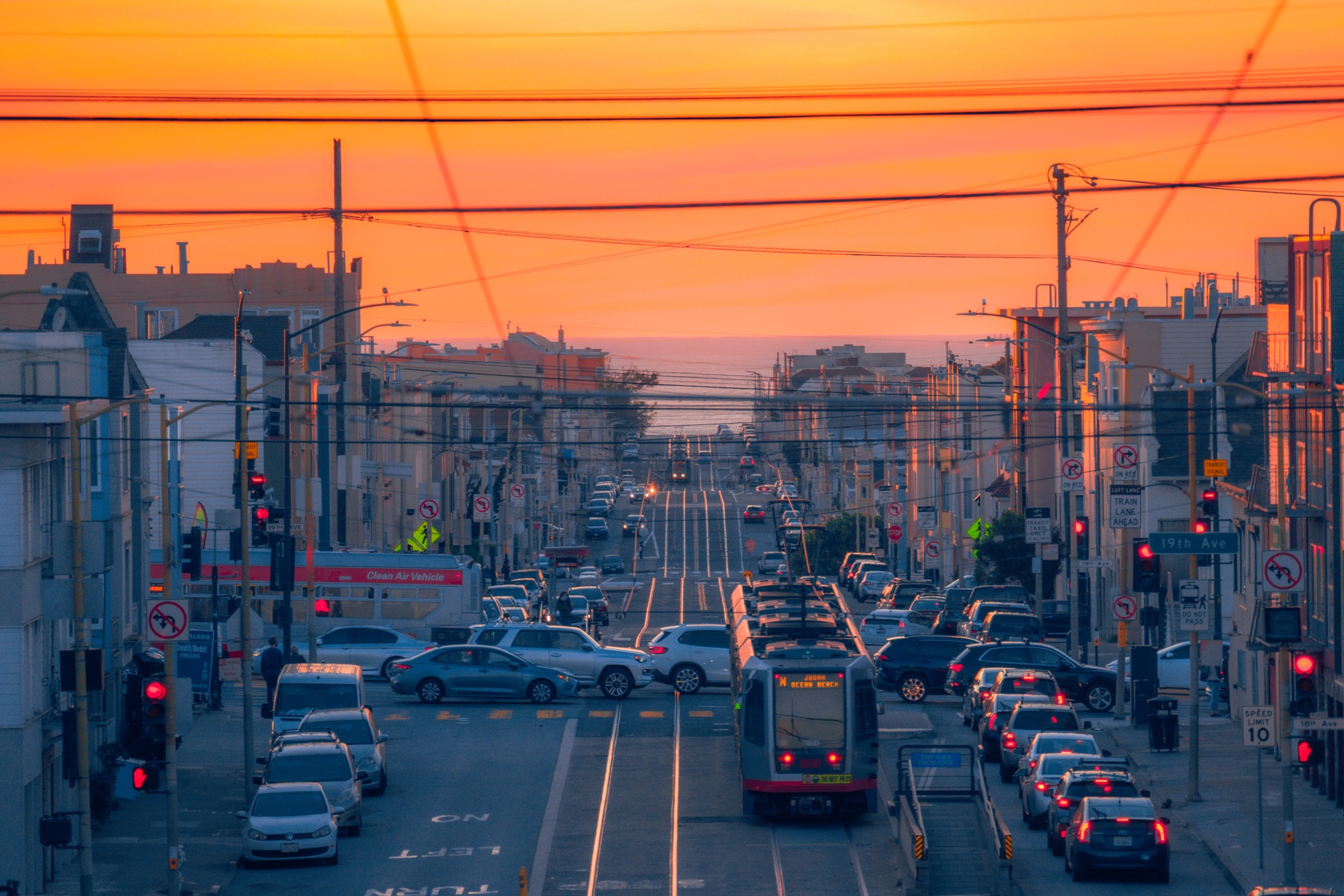 A strong blue-orange composition, sticking towards the midtones!

I'm tickled that Colormind detected the yellow street sign and threw it into the palette as a little burst of green.

I find these blue-orange palettes captivating: they can tilt warm or cold with only a little nudge, melancholy or energetic, even futuristic (thinking back to LEGO's "Ice Planet 2002" line from the nineties.) 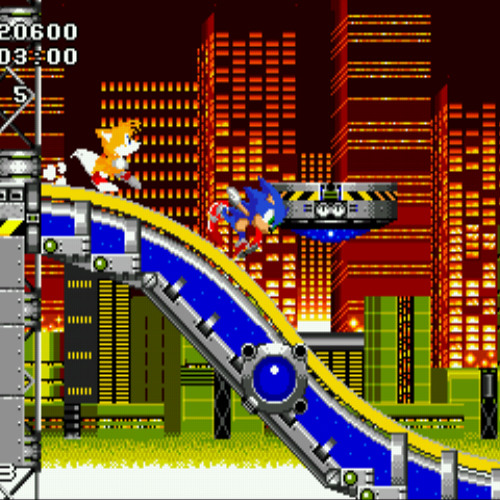 Increasingly displaced by blue-white LED lighting, sodium lamps used to throw their golden hue lazily over city blocks. Chemical plant zone captures this; it's kind of an oddball arrangement with the warmer tones in the background getting covered up by higher-energy bright colors, grays, and blues.

A near-black red sky is at once ominous and comforting. 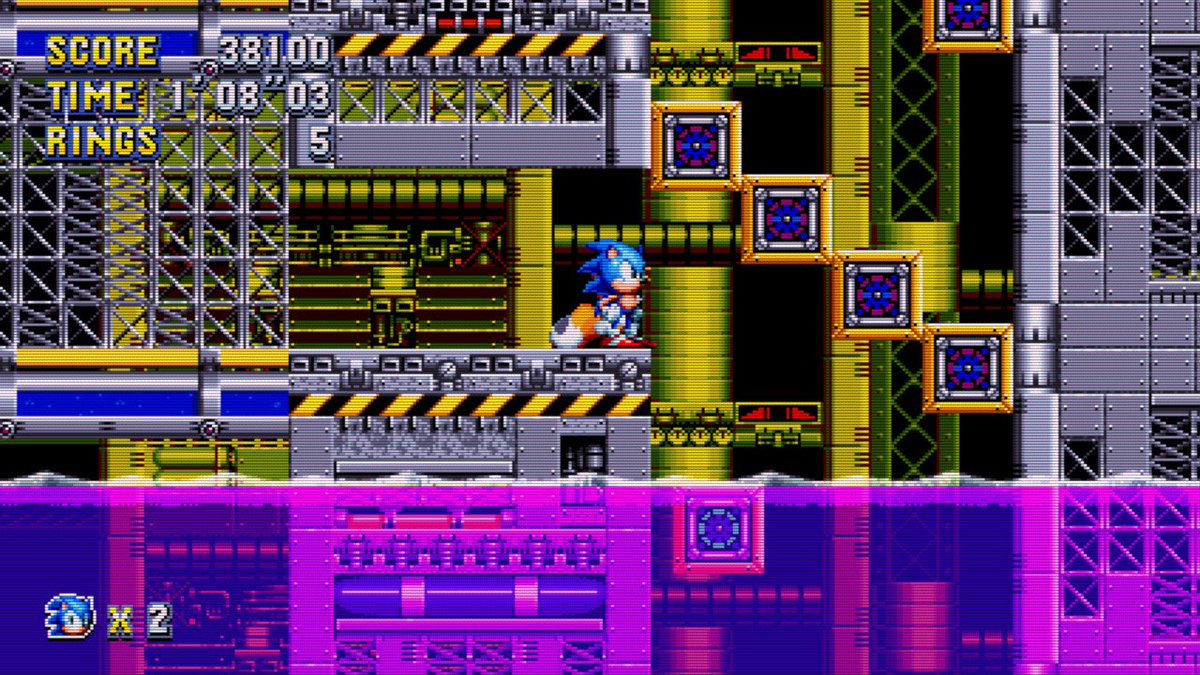 As the aforementioned level plays forward, you end up getting closer to the eponymous pink goo. The colors skew cooler here; even the pink tends a little towards the blue side. 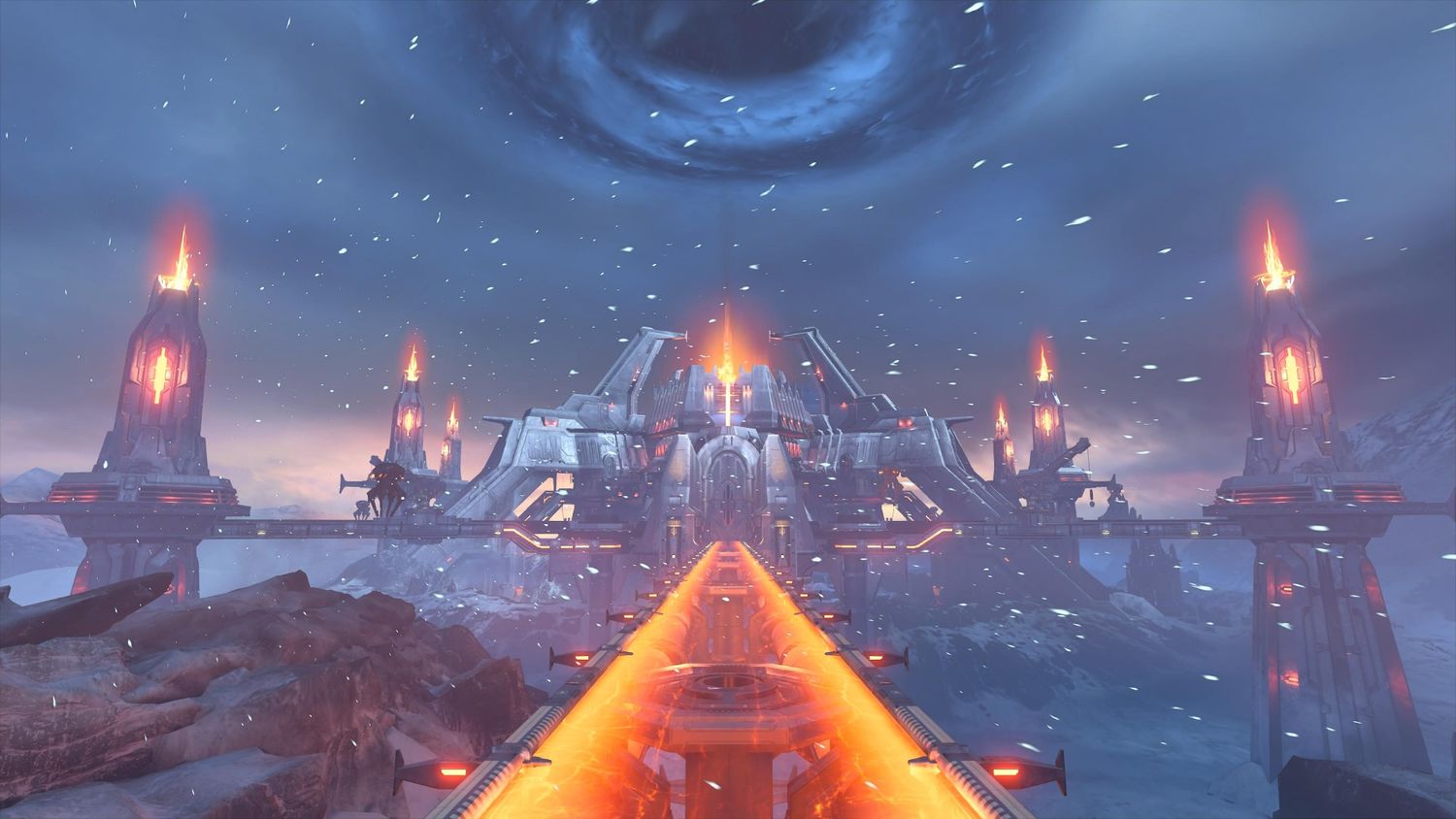 Another strong blue-orange composition; it's fascinating how little one has to lean towards the blues to drop the temperature sharply. 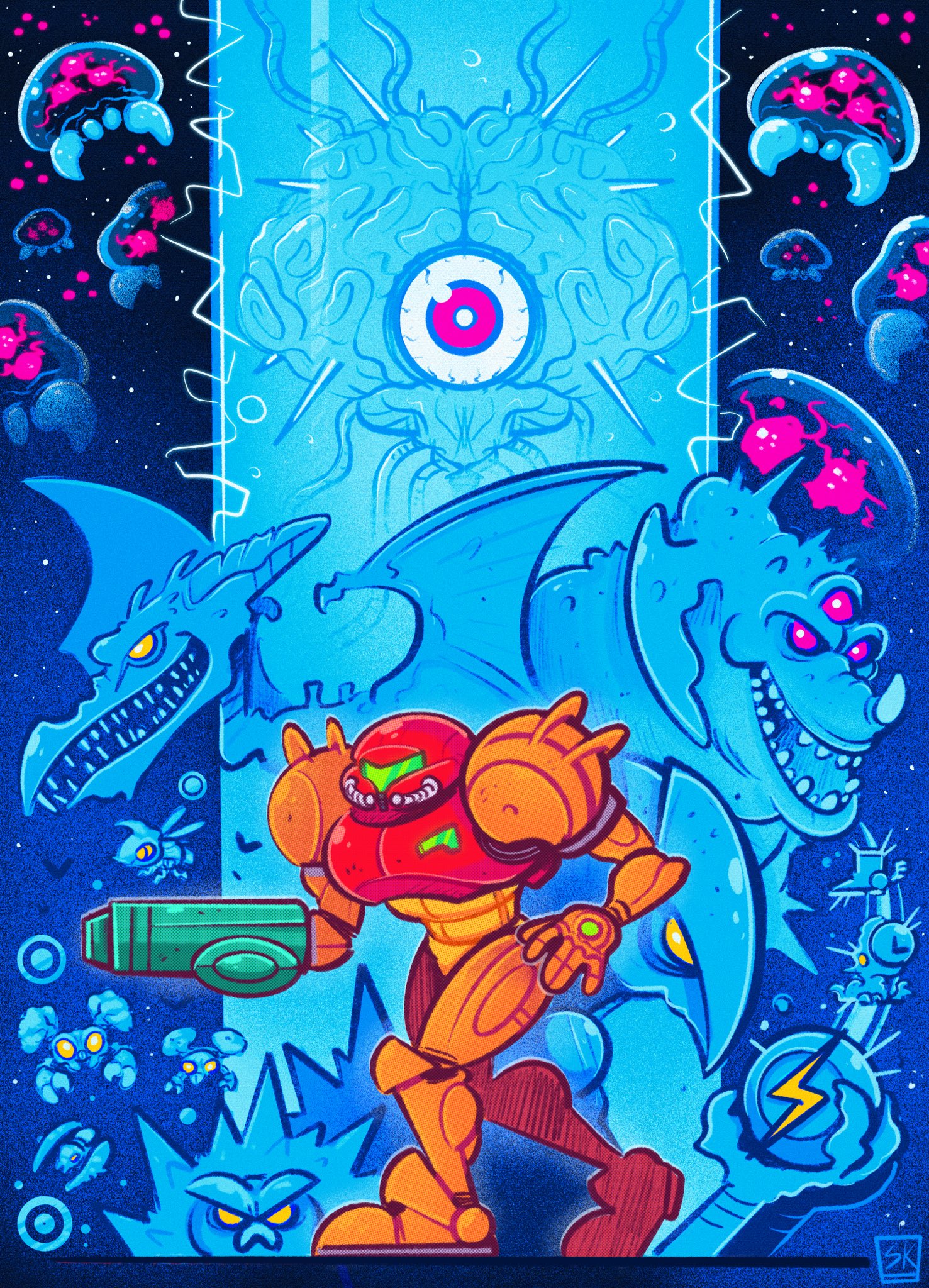 A great illustration by LowBudgetGhost. (I love this illustrator's work!) I picked this piece because it's indicative of their other work: strong mid-to-light tone colors vibrating against each other.

Go check out their work! 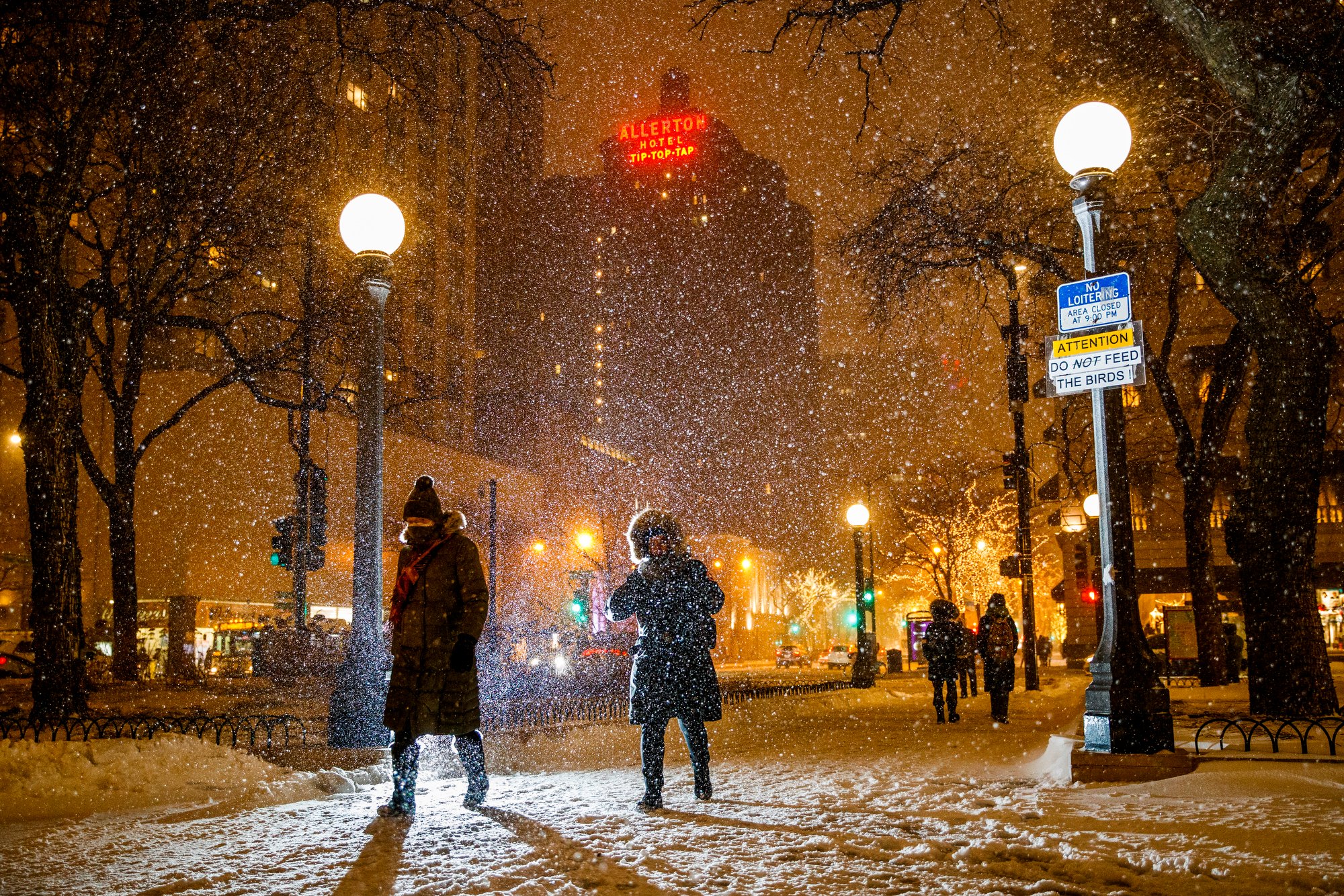 A really lovely photo of a chicago winter storm.

This just popped across my feed and reminded me of an ill-fated winter visit to Chicago from years past (one of many, to be honest!) In particular, I love how this palette captures the juxtaposition of those snowy whites and grays against the warm, again ominous sky. 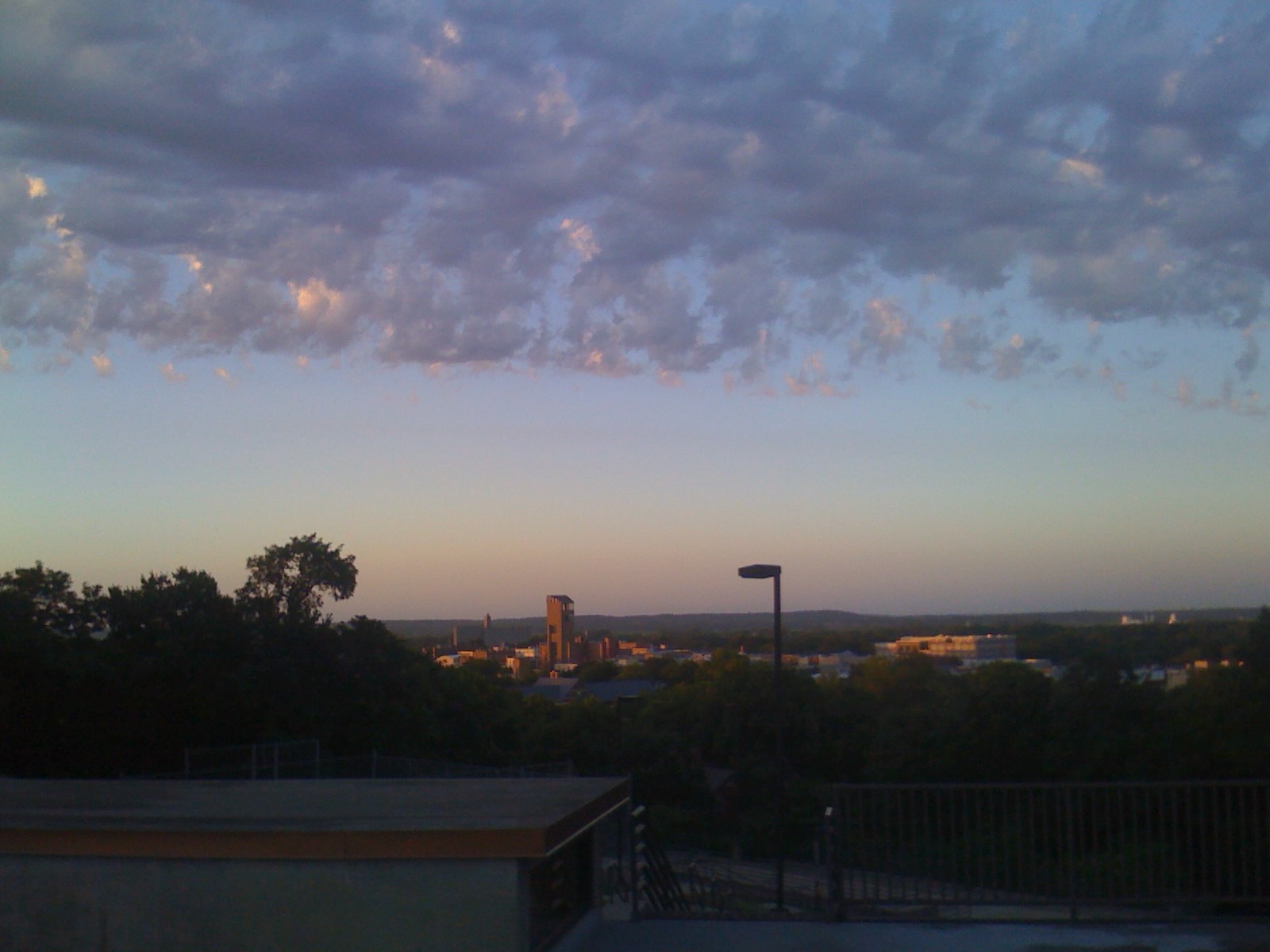 Home sweet home. Lawrence is a small Kansas college town where I lived from 2004-2012. This shot is from Summer 2009; a view from the hill, where the college is located, down to the main street of the town. 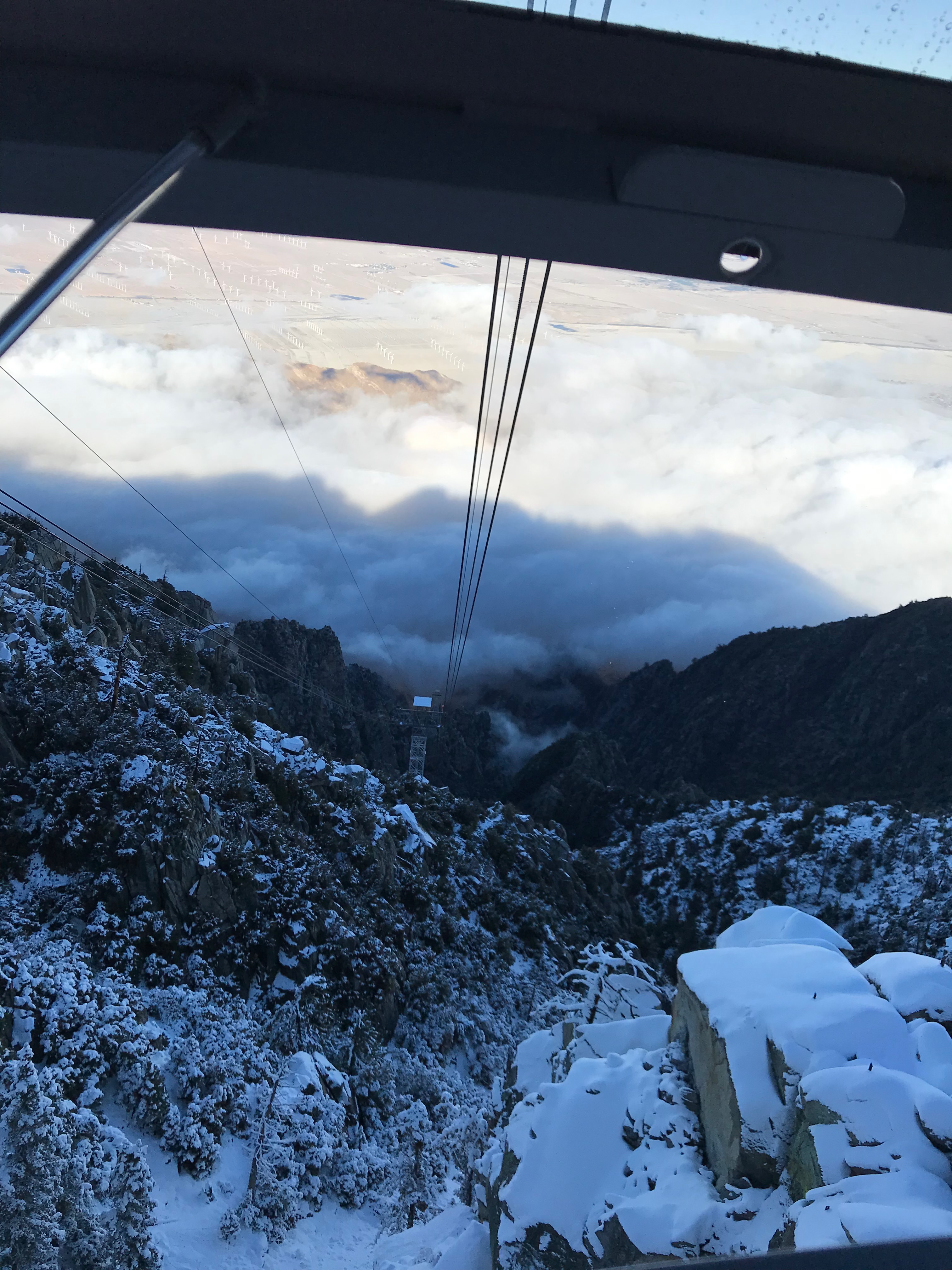 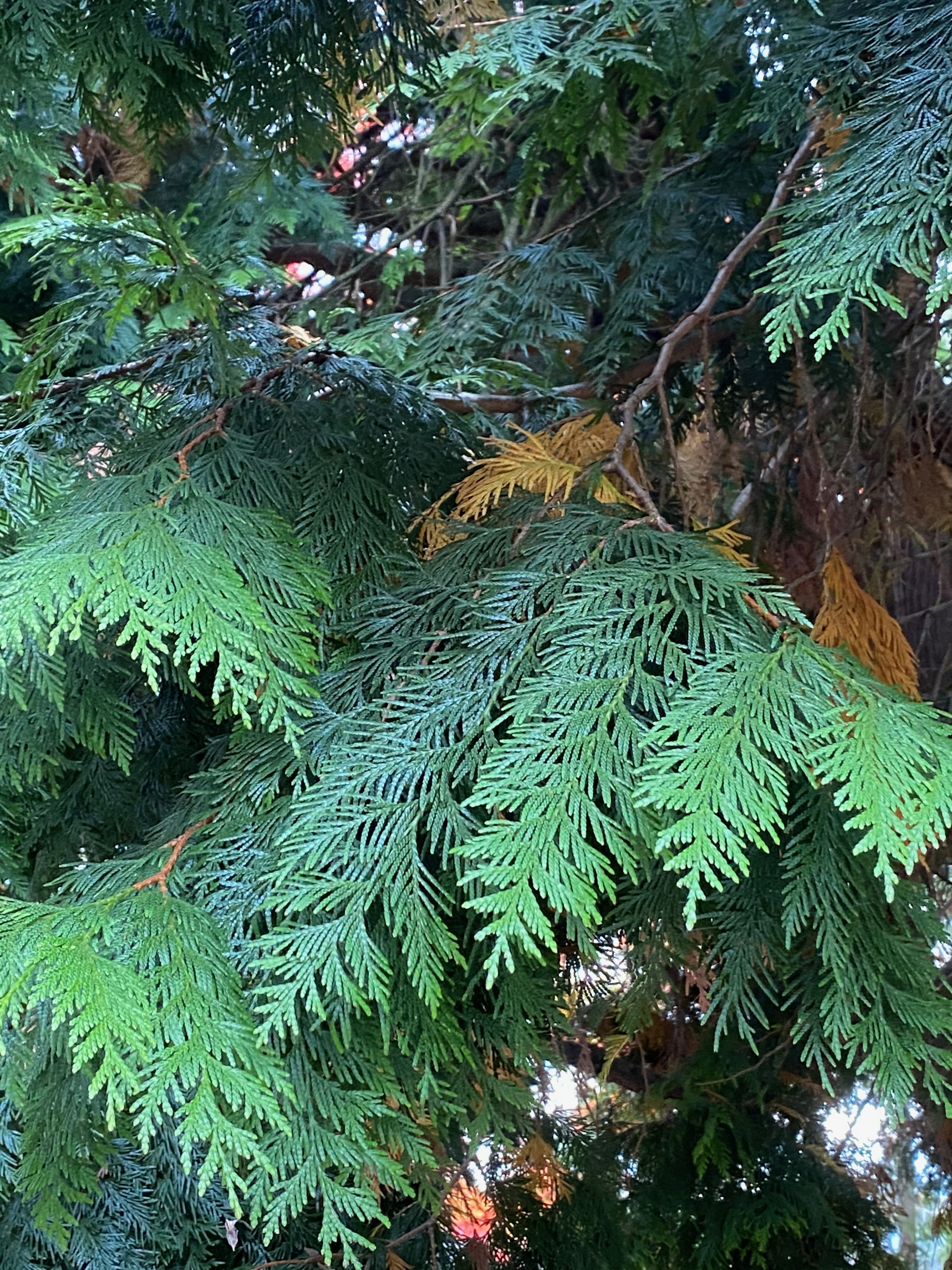 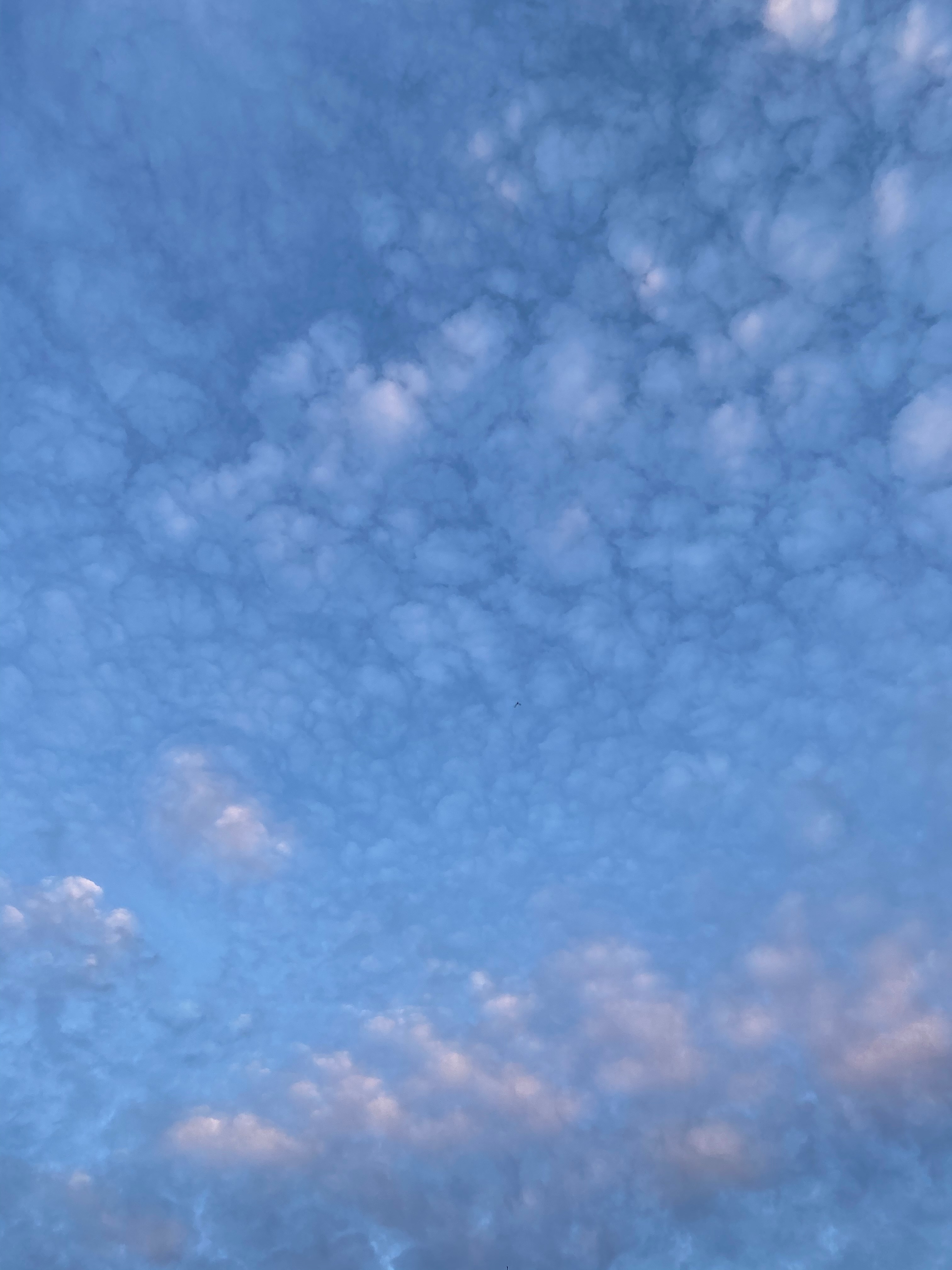 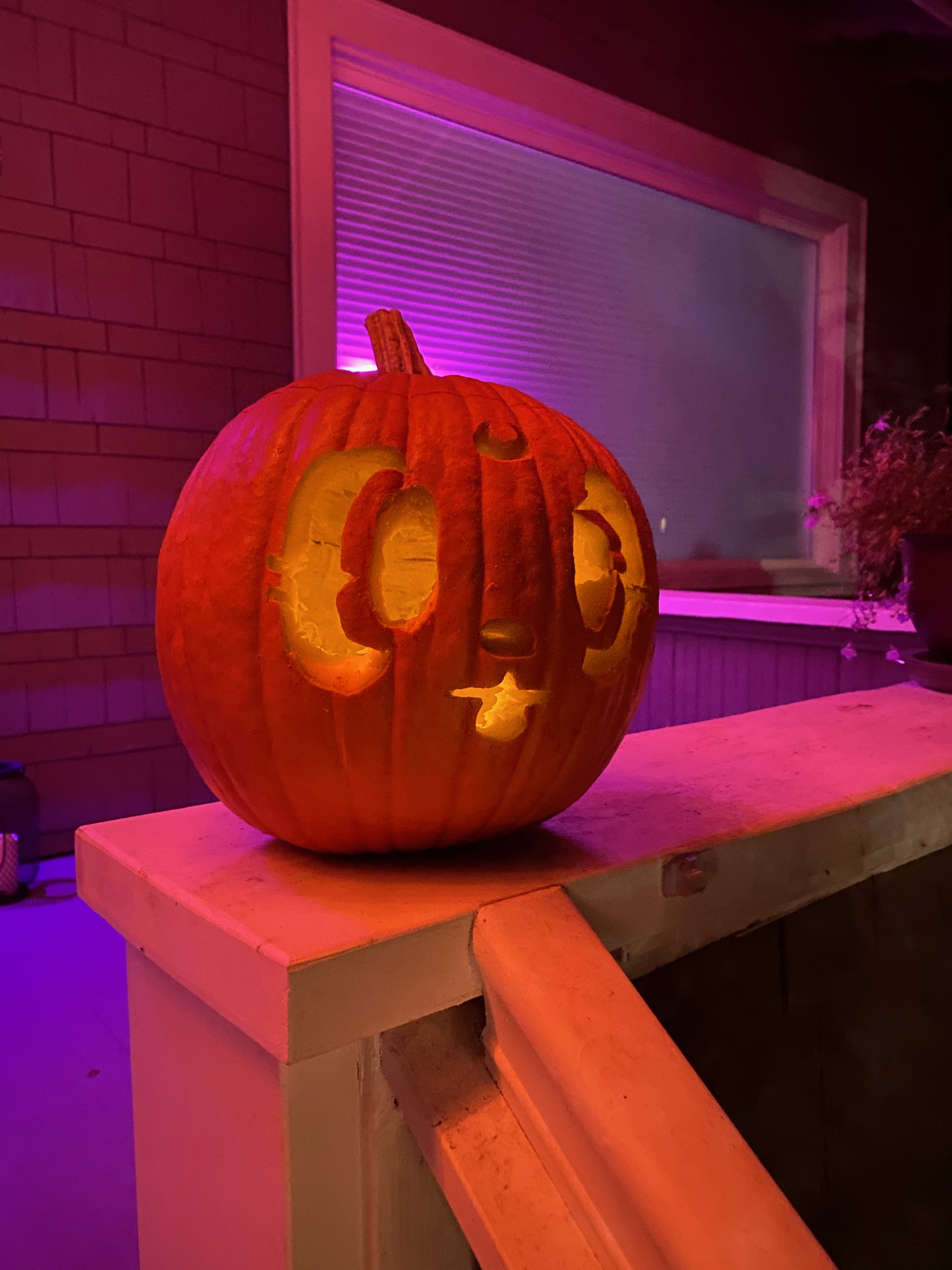 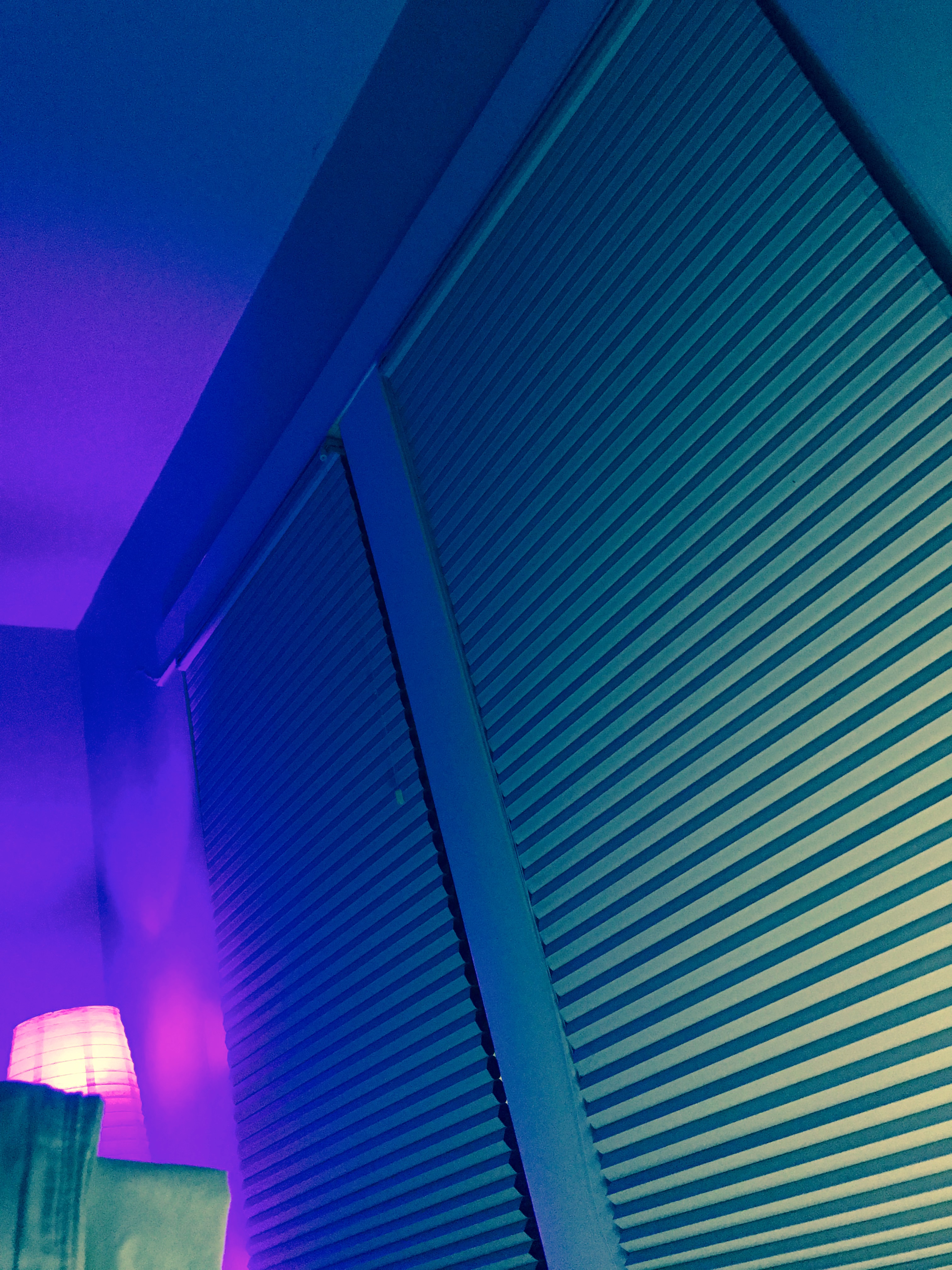 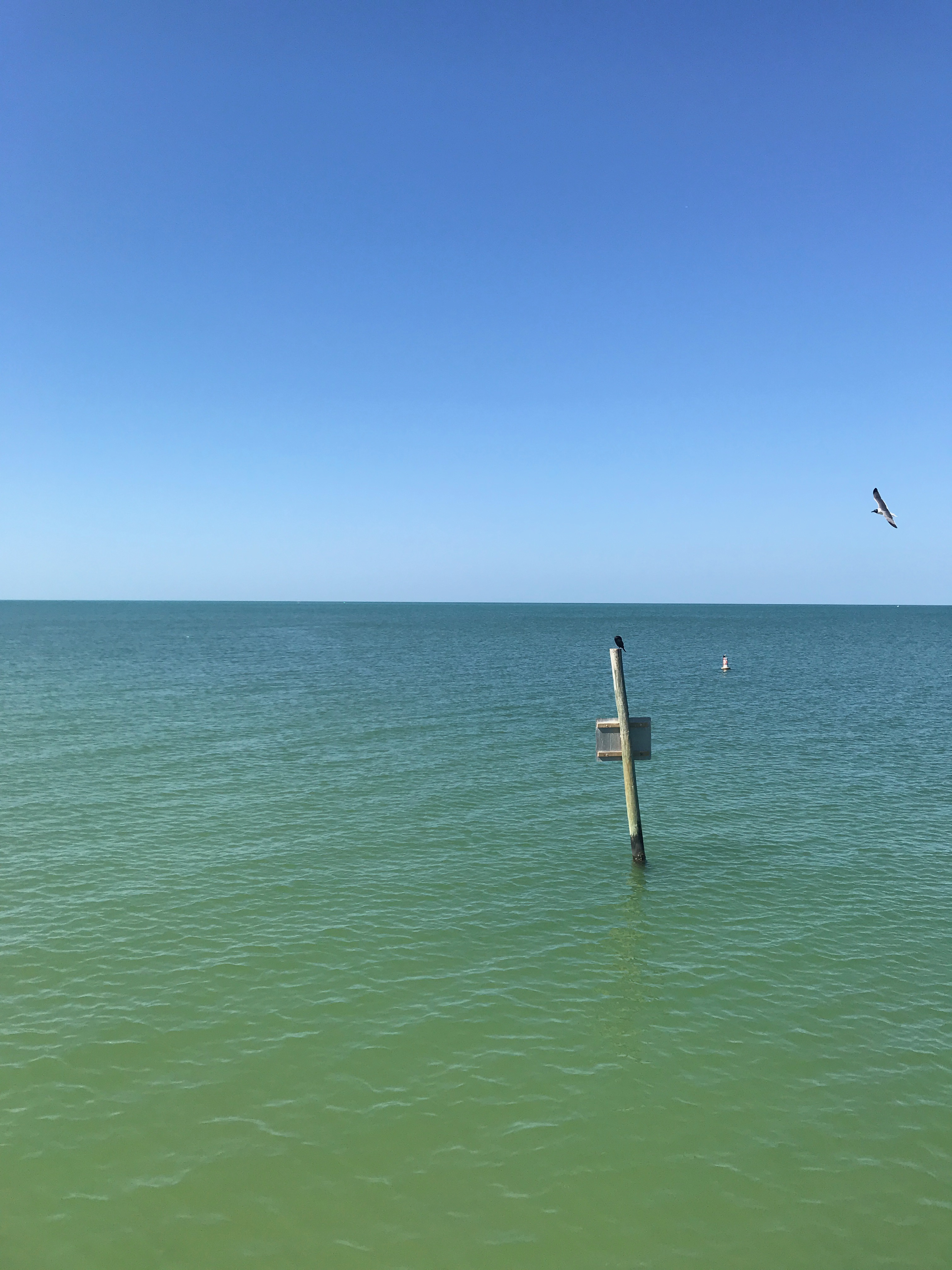 Can I just say that I'm really chuffed that Colormind picked four beautiful colors and "swamp green" for this picture?

(This picture actually got me back into liquid inks -- mostly to play with masqueing fluid!) 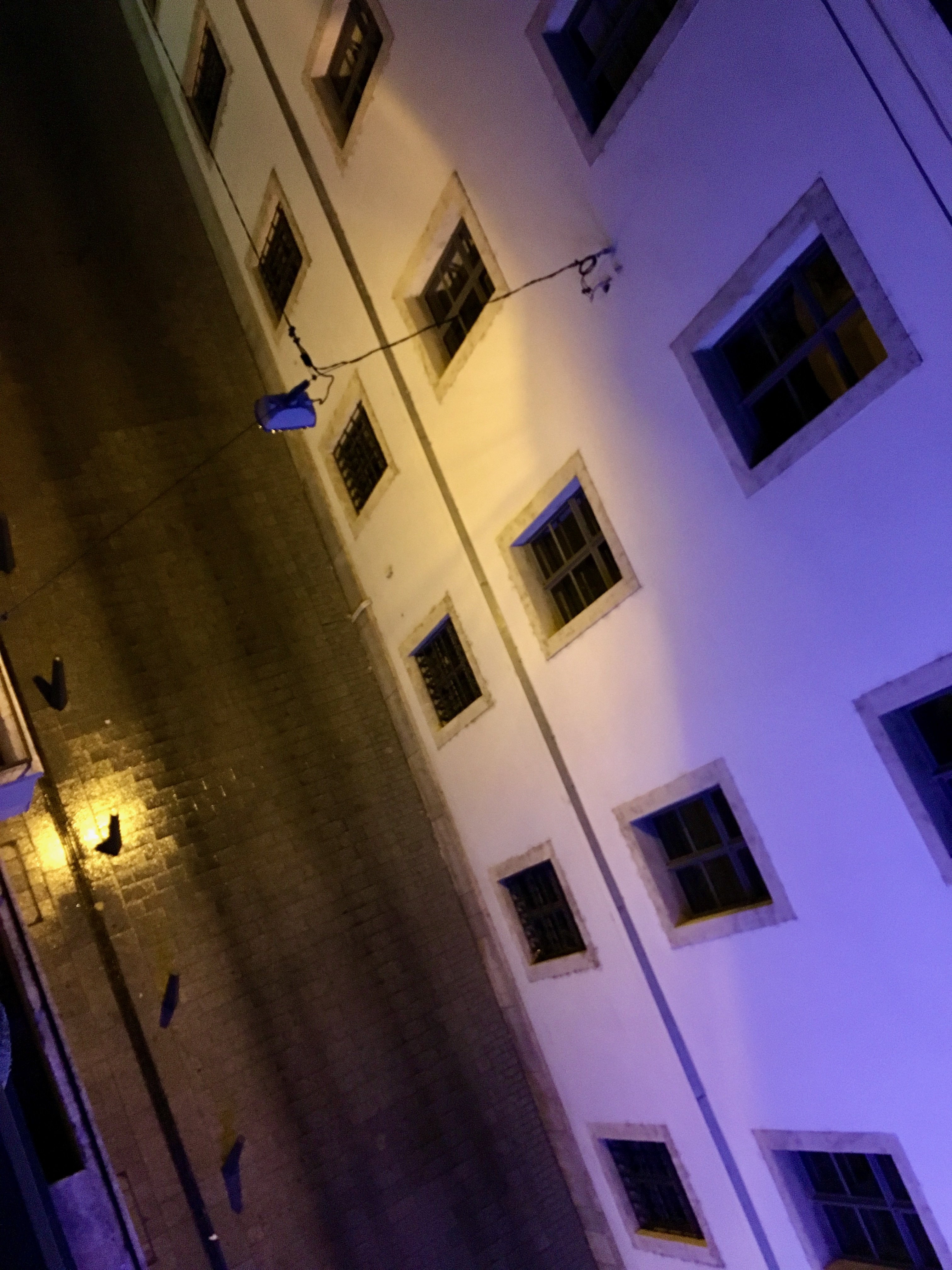 I took a trip to Budapest a few years back -- my first overseas flight, with Krysten and some friends -- and took this photo looing down from the back of our hotel on our first night.

This picture has a pretty sedate palette: purple and yellow bounce off each other, but since they're not super-saturated they end up feeling pretty chill. 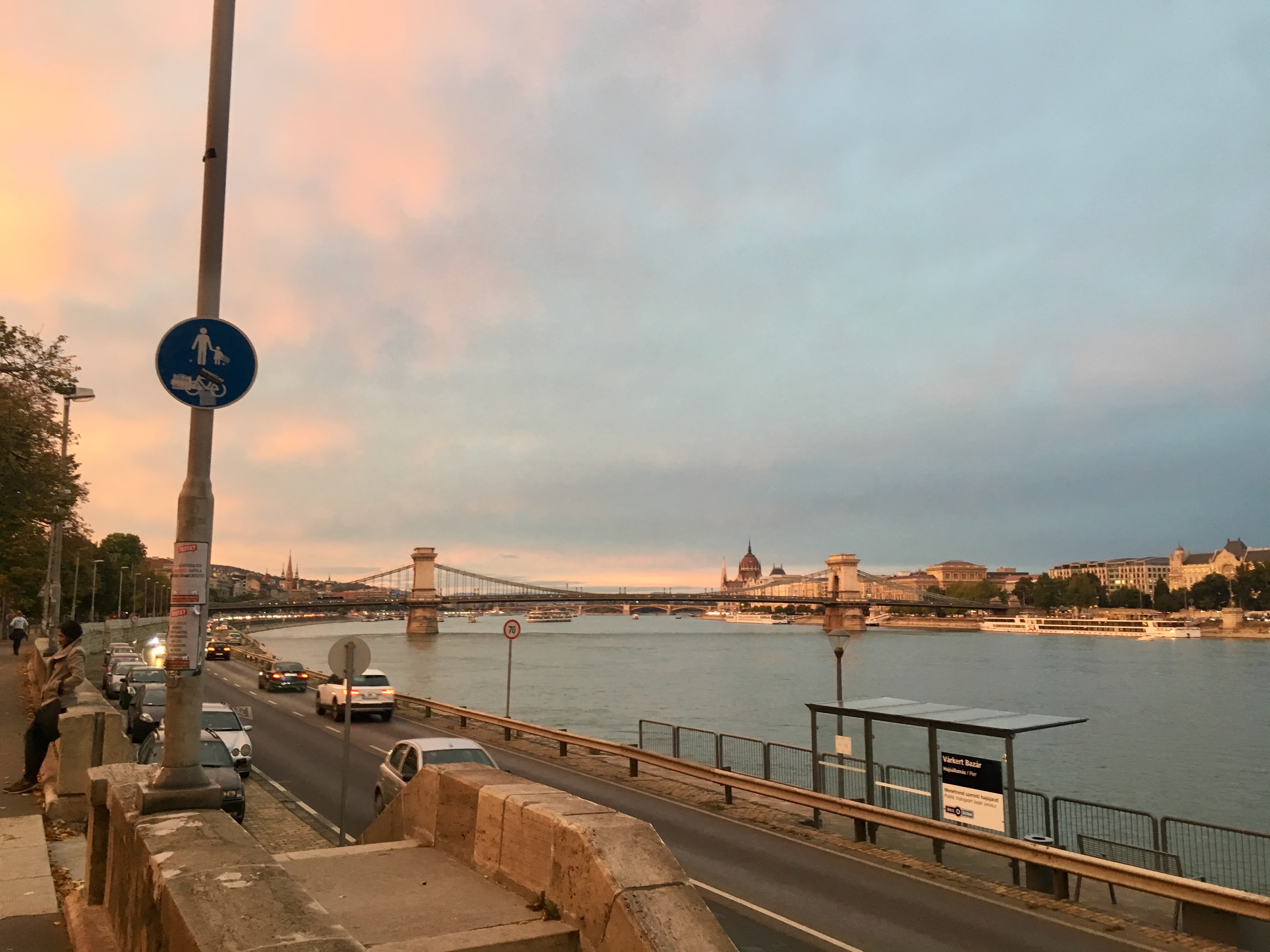 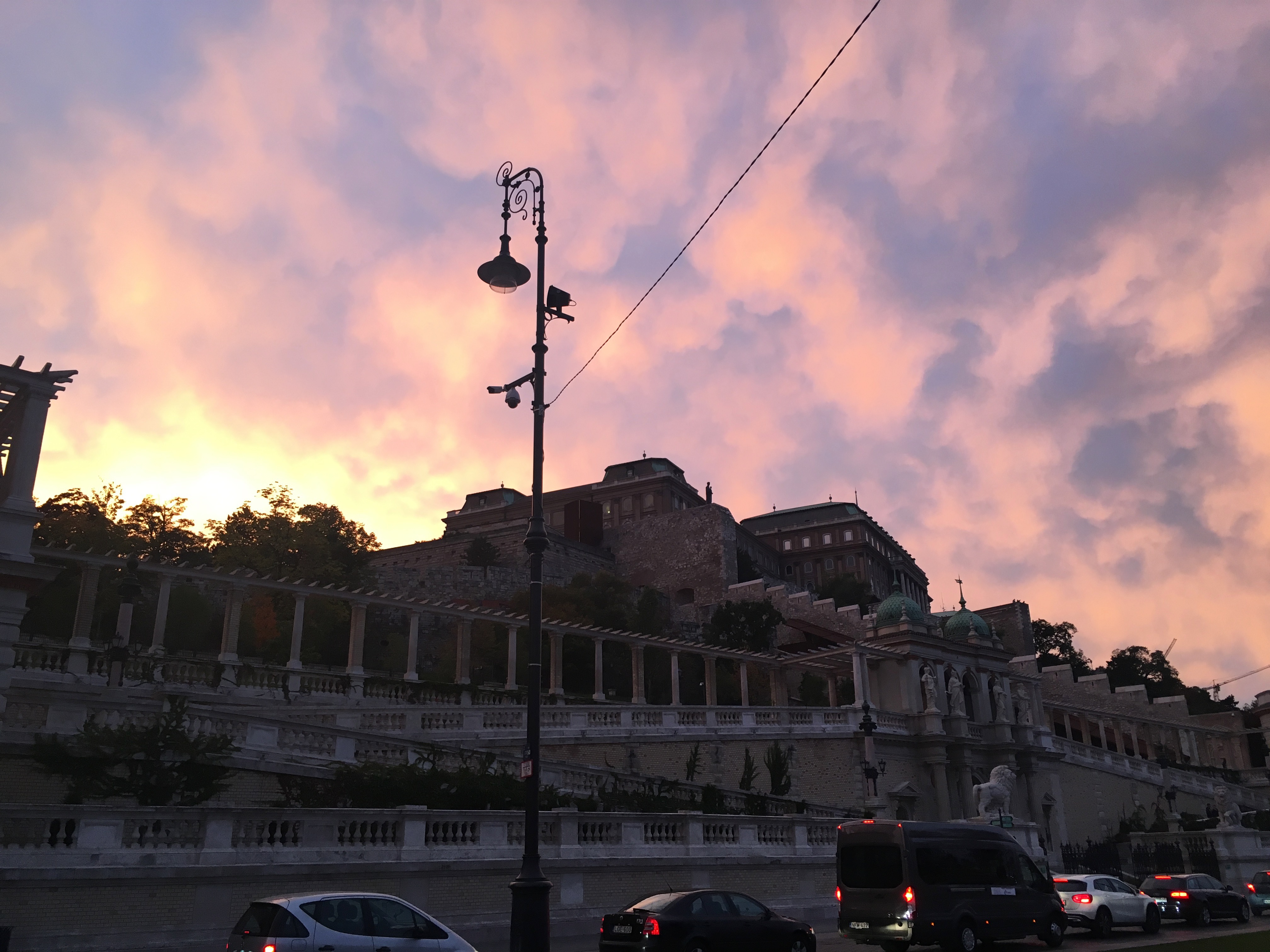 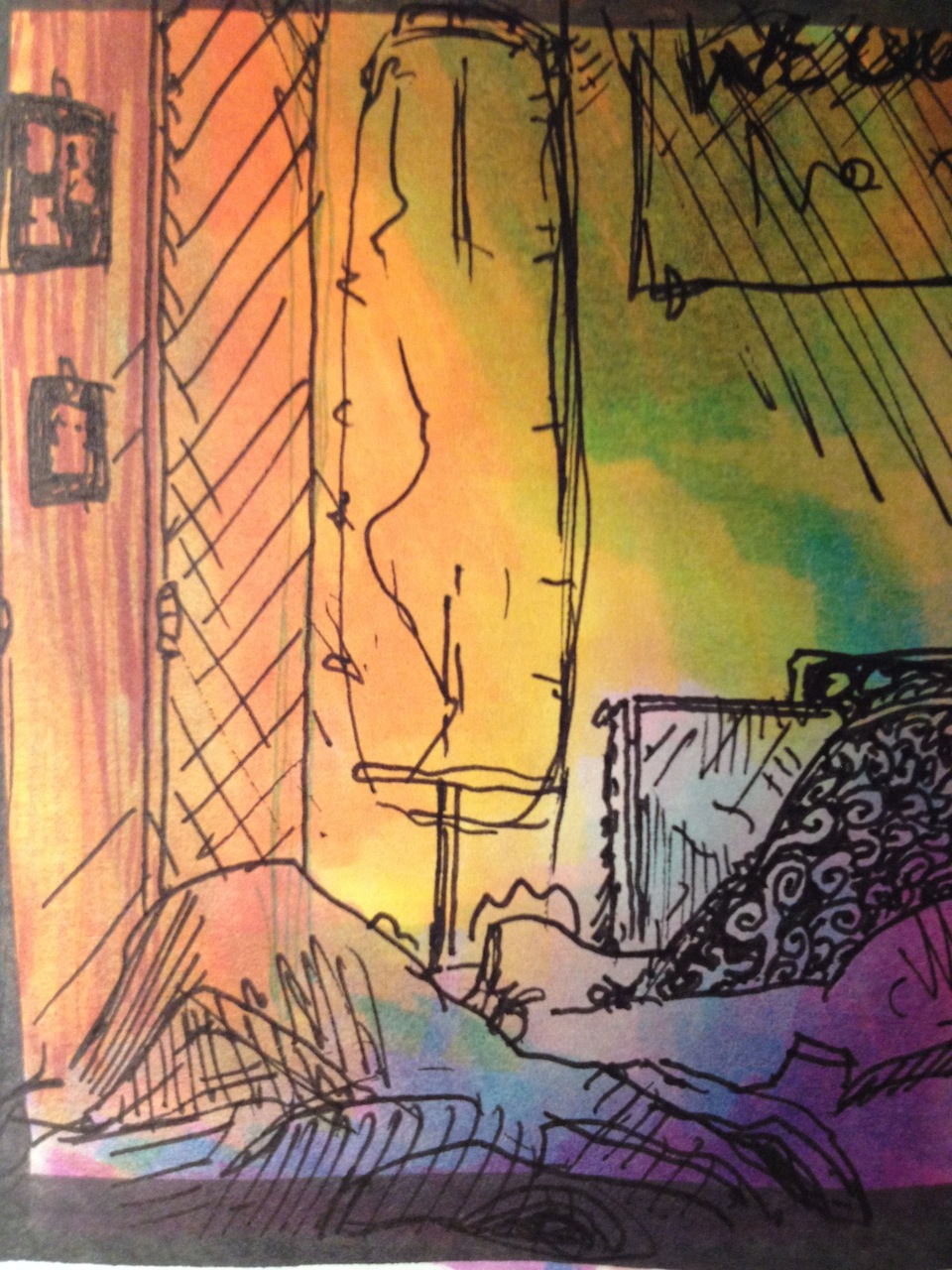 An illustration I did of my old room from 2007. The room was a mess and I think the colors faithfully reflect that. The room in question had a bright green carpet set against burgundy walls, and the only source of light at night was a cheap Target paper lamp, giving off warm incandescent light. As a result, you get light purples, oranges, olives, and greens. The red of the wall isn't present, thankfully.

I particularly like the pastel-violet to mustard yellow transition. 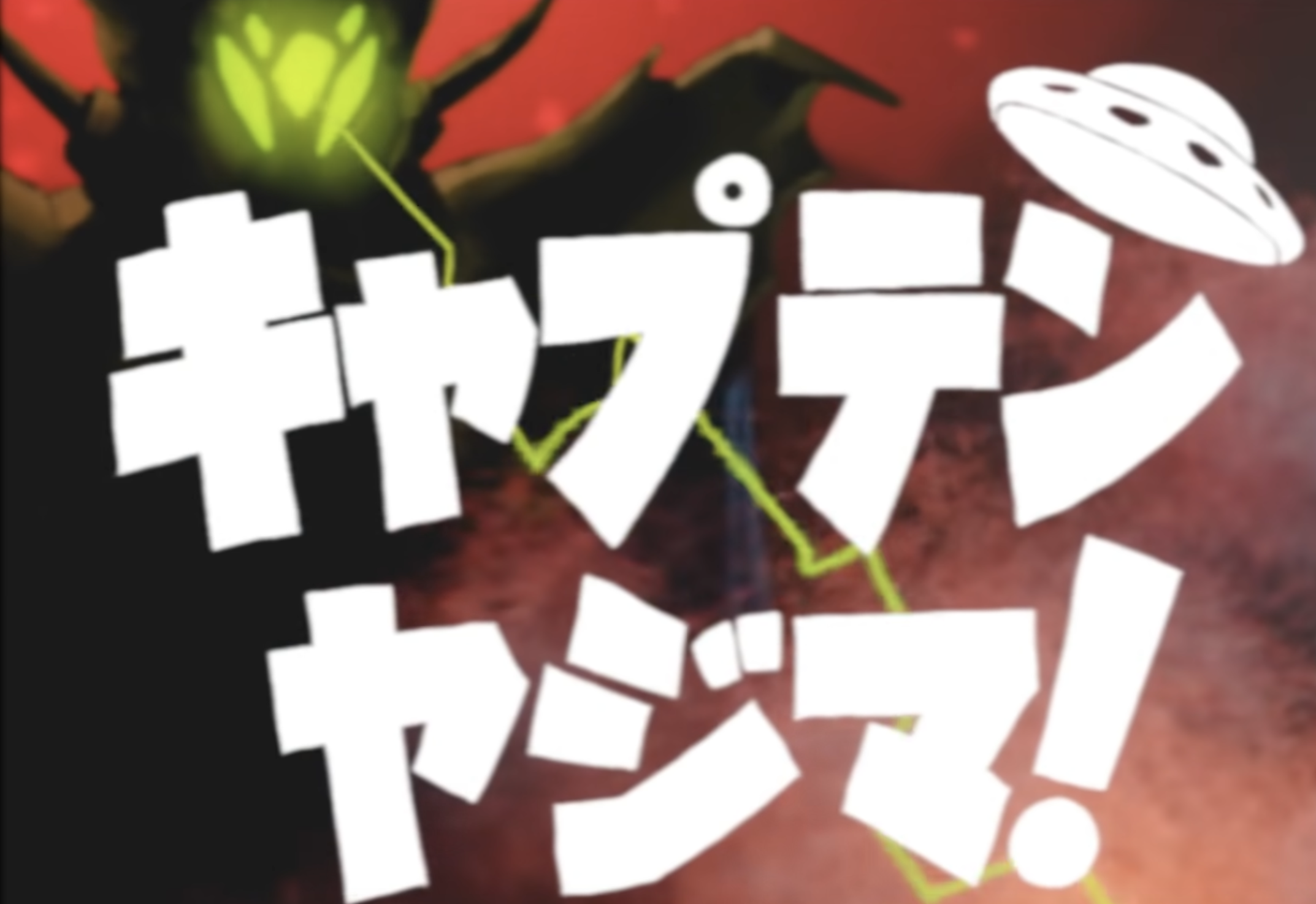 Another pulp-comics-inspired palette. I love the poster colors -- the red, green, and eggshell white are out in front, grabbing your attention. The black is tinged a sickly green, like the black ink on neon green you'd see for a band flier.

I like that this palette gives you three different ways to grab attention. 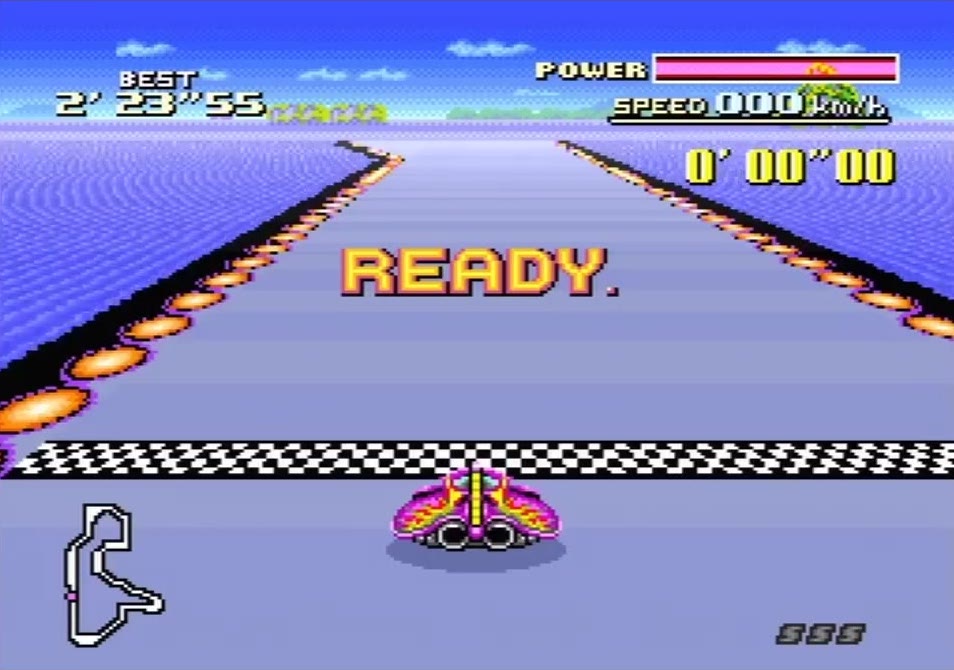 A game I really loved as a kid.

Demon's Crest is a SNES Capcom game set in a strange, ruined medieval world ruled by demons. The environment design is top-notch; it really shines in the early game when you're wandering through ruined towns and overgrown cemeteries.

Demon's Crest strikes a balance between eeriness and melancholy. It's probably no surprise they're using a saturated purple-green palette to play up the pulp horror vibes. 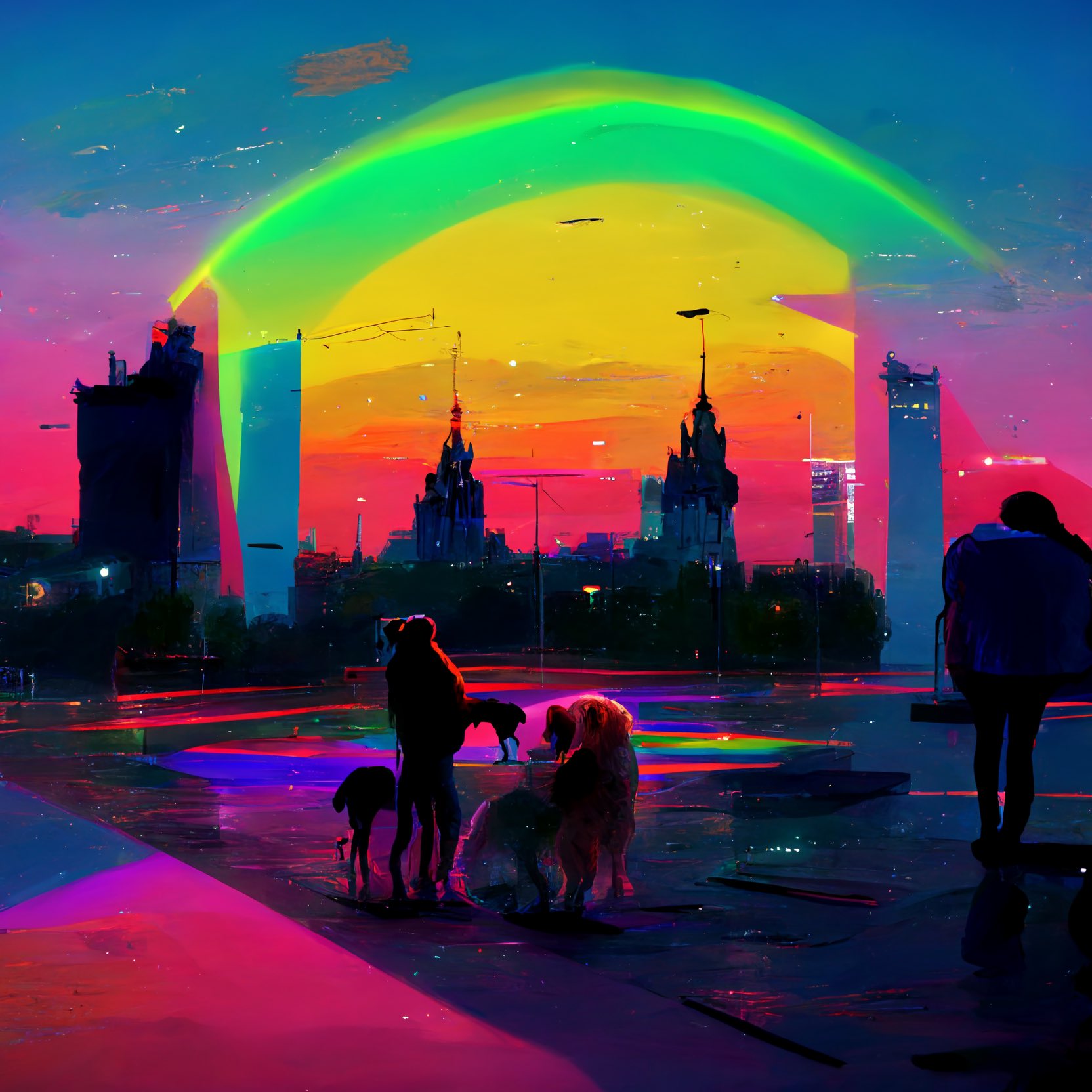